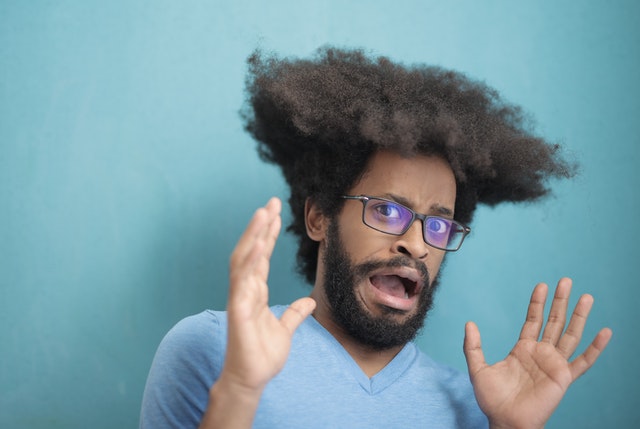 Why does the accounting profession scare everyone?

Saw this on our Twitter timeline, thought I’d throw it to the sharks and see if anyone had any ideas:

Accounting sector. We all agree that there are many problems and major changes are needed. The ultimate question is even with all the problems, why aren’t people willing to overcome them all and enter or stay in the profession? It’s about the industry as a whole. WTF am I missing?

And a follow-up thought to that:

For example, is the industry not dynamic enough or are people not seeing the opportunities? Are they frightened or driven away? Why isn’t the industry aiming to tell PPL it’s worth it?

A few thoughts:
Sunk costs can sometimes cause people to endure situations from which they should have retreated a long time ago; 13 years of circling the profession like an evening news helicopter looking for an accident has taught me that unhappy, underpaid, overworked accountants are nothing new. Go to any current or inactive CPA over 65 and mention how many hours you worked in the last busy season, guarantee it (and it is most likely an il) will blast your ears with tales of even longer hours in far more hostile conditions than we enjoy today. But it’s like some of you end up here almost by accident and never consider leaving because change is hard or something. You accept it sucks because you were told it just did, end of story, well, I guess that’s my life now.

On a related topic, have you spoken to a CPA today? Or in the last 20 years? Among the hundreds or maybe thousands of you I have met since 2007, none of you exudes happiness. OK, that’s not true, Tom Hood seems really happy. Everyone else though… In other words, accountants aren’t very good billboards for accounting. Companies can use as many photos of young people paragliding through indescribable scenic landscapes as they want in recruitment brochures, we all know the “exciting world of accounting firm travel” is hotel after hotel in destinations as exotic as Omaha and possibly upstate New York. if you’re lucky, and anyone other than the Meet the Firms recruiters will tell you. Where is the draw? Where is the thing that makes young people sit down and say “ooh, I want to do THIS!” Because we know it’s not the money.

I won’t even go into the money because it was done to death. OK, I’ll dwell on it briefly. The accounting profession has a critical value proposition problem – it has consistently failed year after year to demonstrate that it offers enough upside to outweigh the downside. Profession requires students to dedicate five years of their lives plus the time it takes to study for a tough professional licensing exam oh and also you are going to do 70 hour weeks in a good week while living with four roommates for the first two years, but don’t worry, one day you’ll do a good job. First you have to put on a very unpleasant glove. If you express unease about this process, you’re called a punk who can’t hack it in public by people who also can’t hack it because nobody can, but they do it anyway and don’t say nothing because their college professor told them if they don’t shut up and accept it, they will be declared unemployable for the rest of their career.

The profession has set up a giant sausage grinder to get graduates into accounting and then wonder why nobody wants to get started? And then people who decide to go through this grinder anyway get spat out and end up writing stuff like this:

To anyone thinking of joining the big 4, DON’T. I ignored the warnings for years thinking that if people were that upset they should just go away and stop complaining. Don’t ignore it. They’ll fuck you in the ass then throw you in the trash with a to-do list before taking you to the fucking dump.

Tldr: FUCK BIG 4. I worked until I died, I worked through the deaths in the family, I was ignored, bullied and dumped. If you are recruiting, GO ELSEWHERE. You are nothing to them. You are a number. They will crush you and spit you out. We’re all just another brick in this fucking wall. Fuck your [colored shape].

Look at this? I protected the identity of the grinder in question. You all know who it is anyway.

To directly answer Keith’s question: “Why isn’t the industry aiming to tell individuals it’s worth it?” BECAUSE PEOPLE CAN SEE WITH THEIR OWN EYES, THERE IS NONE. Accounting competes directly with higher-paying industries (technology), higher-profile industries (medicine, law), and industries with better work-life balance (tomb digging, government work, any minimum-wage job that puts you at risk). capped at 32 hours per week so you don’t have to pay for your health insurance). As it stands, the profession has not sufficiently demonstrated to students that it is literally and figuratively worthwhile. Simply telling them “no, but it is” is an ineffective strategy, as we can see. Making brochures brighter and forcing smiles on exhausted faces won’t solve the problem. Solve the value proposition problem and you might get somewhere.

Looks like Keith has garnered some good responses so far. If you’re on Twitter, go ahead and give it yours. Or drop them in the comments below, whatever.

For more, here’s what I’ve heard so far:
Comp low for skills
Overworked/underpaid
The C-suite underestimates
Work/life balance sucks
Unable to see opportunities
Accting Ed doesn’t align with the real world
Churning and burning again
I’m sure there are many more
Now for the next question:

Update: r/accounting had a lively discussion on this article, you should check it out. Dedication to this person in particular:

This is the most ignorant and poorly written pseudo-antiwork article on the accounting profession I have ever seen.

I’m just doing my best here mate, thanks for noticing.

I’ll also add some related reading: What is the profession’s “pipeline problem” and why should you care? published here July 2021.