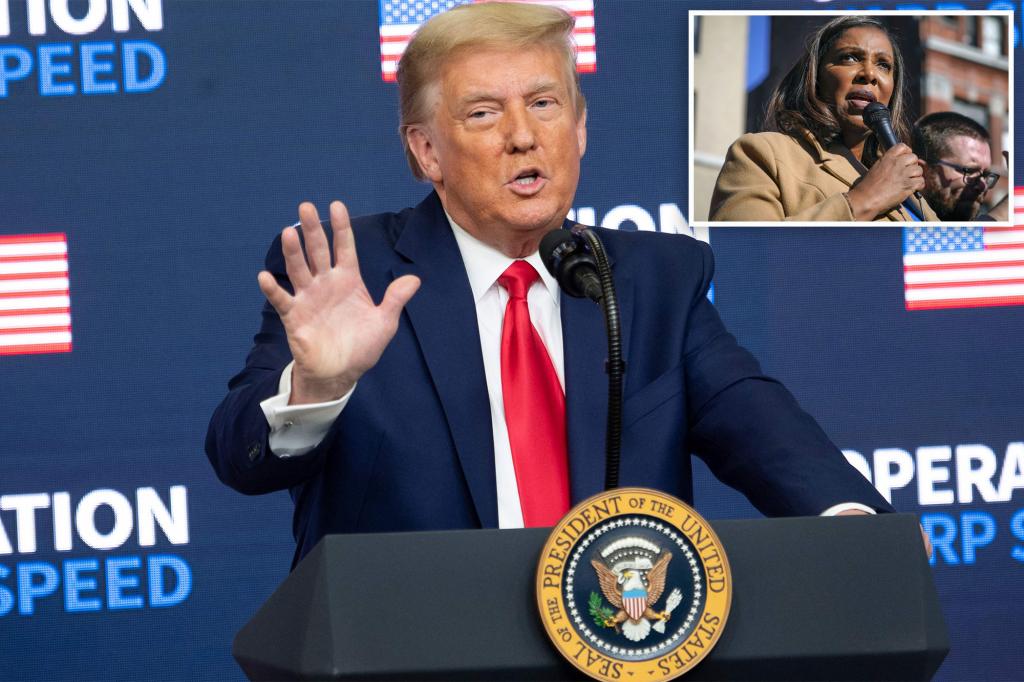 Donald Trump insisted on Tuesday evening that a former accounting firm of the Trump Organization cut ties with his company due to “vicious bullying tactics” by New York authorities investigating on him.

The former president alleged that accounting firm Mazars was forced to stop working with his firm due to “prosecutive misconduct” by New York Attorney General Letitia James, who is investigating the financial transactions of the Trump Organization.

“Mazars has been threatened, harassed and insulted like virtually no other company has ever been,” Trump said in a lengthy statement.

The “decision to walk away from the company was clearly the result of the AG and DA’s vicious bullying tactics being used — also on other members of the Trump Organization,” he said.

“Mazars, who was scared beyond belief, in conversations with us, made it clear he was willing to do or say anything to end the constant threat that had plagued them for years.” , continued Trump.

The accounting firm announced it would stop working with the Trump Organization in a Feb. 9 letter made public on Monday.

In the letter to a lawyer for the Trump Organization, the firm said the decision was made because it determined that the former president’s “statements of financial position” from 2011 to 2020 were not reliable.

A lawyer for Mazars said in the letter that the statements “as a whole” do not “contain material discrepancies.” Still, “we believe our advice to no longer rely on these financial statements is appropriate,” the letter continues.

Trump’s attorneys maintained the statements were true, and a spokesperson for the Trump Organization reiterated that Mazars’ letter said she found no “material discrepancies.”

In his statement, Trump praised his business and estimated his net worth at around $8-9 billion.

“We have a great company with fantastic assets that are unique, extremely valuable, and in many cases far more valuable than what was listed in our financial statements,” he wrote.

The attorney general is seeking testimony from Trump and his children Ivanka and Don Jr. as part of his investigation.

The Trump camp has repeatedly accused James of unfairly targeting the family business for political reasons and has asked the courts to quash the subpoenas and halt his trial.