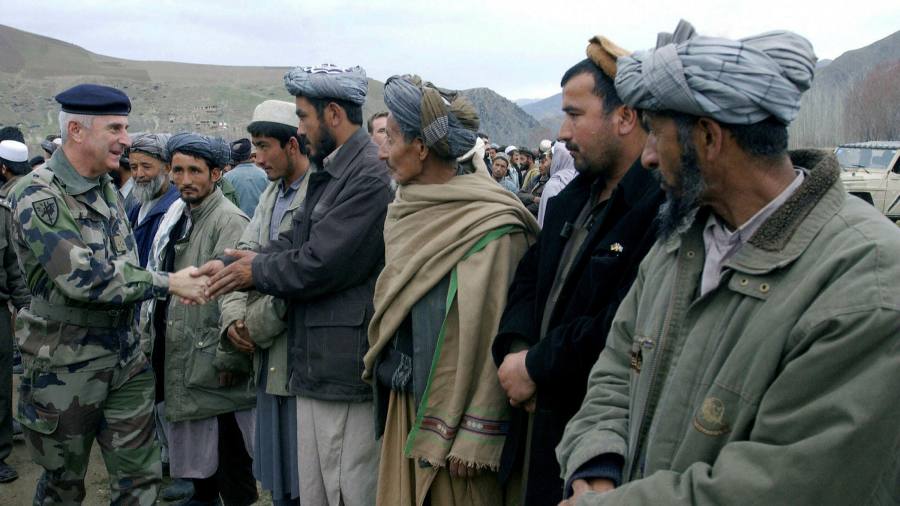 The Ledger: explaining the failure in Afghanistan

For a foreigner, Afghanistan appears as a land divided by striking contrasts. At a glance, the prosperous neighborhoods of Kabul and the austere earth complexes of Helmand province, only a few hundred kilometers apart, could belong to different centuries. But what looks like an impassable chasm is crossed by relationships often invisible to outsiders.

A failure to understand the ties that unite Afghanistan and its people underlie the West’s 20-year struggle there, a story whose first draft is masterfully captured in The big book by David Kilcullen and Greg Mills.

Drawing on a record of the past that begins from the first engagement in the aftermath of the September 11 attacks, the authors trace the list of opportunities and failures that culminate in the nightly departure of the United States from Afghanistan this summer. Although the seeds were laid early, they clearly explain why the outcome was not inevitable.

In 2001, Lakhdar Brahimi, UN special envoy to Afghanistan, described the failure to grasp the nature of Afghan communal and tribal relations as the West’s original sin. It defined and pervaded all that was to follow.

After entering Afghanistan and overthrowing the Taliban regime, the Western coalition forced the Taliban out of power and politics. The return of exiled King Mohammad Zahir Shah to the throne was also rejected. The result was that many Pashtuns, Afghanistan’s largest ethnic group, who had been part of the disparate regime known as the Taliban, never saw their future in the Western-backed regime; resistance was inevitable. President Hamid Karzai knew it. The UN knew it. Most of those who gathered in Bonn at the end of 2001 to agree on the new regime knew this. It seems that only foreigners did not. However, as often in the history of the mountain kingdom, it was the foreigners who held the power.

Donald Rumsfeld, US Secretary of Defense, flatly refused Karzai’s request to give Taliban leader Mullah Omar a place in this new nation, an error in judgment that caused us to miss the greatest moment of influence on the old regime and put us on an impossible path: the military annihilation of the group which was more a culture than a body. This entrenched division gave NATO a political problem that military force could never solve.

The authors cite the advice that former Soviet leader Mikhail Gorbachev gave to Kabul leaders in the 1980s: “Broaden your social base. Continue the dialogue with the tribes. This is a policy that too few leaders of NATO’s International Security Assistance Force have followed. Briton David Richards and American John Nicholson were notable exceptions. They held back the commanders in the field and sought to engage.

Mohmandzoi, Barakzoi, Ghilzoi and elders from many other confederations came to see them in Kabul and received them all over the country. For a short time during the first decade of the intervention, ISAF was part of this tribal world and was given its own tribal name – Isafzoi. It was the strongest force in the land, but it had the shortest memory.

Yet we were even fighting against our allies. As Mills and Kilcullen recall, Karzai continued to support Helmand’s former governor, local warlord Sher Mohammed Akhundzada, who had done more than anyone to alienate the community and force people to think about a future beyond. by Karzai.

I heard all the stories that led up to this point in the governor’s house in Helmand. Sitting for long hours in the sweltering afternoon in the cool of the night, I saw the depth of the unwritten history we didn’t know, like landmines waiting to explode. Stories of disputes that began decades, even centuries earlier. The old men who drank green tea knew every decision, every road, every well, and every meeting was political.

Where development workers saw spending targets and auditors wanted results, these alumni felt power shifts. They knew the stakes and the risks that change entailed.

It was the society we dreamed of reforming. We have not been constrained by self-doubt or popular responsibility. We were able to compound our mistakes and rip the scabs off old wounds without feeling them bleed. We have also been able to educate girls, employ women, hire doctors and rebuild highways. These accounts are meticulously compiled in The big book.

The authors describe the extension of the government’s mandate across Kandahar as the spread of corruption, not governance. They list people’s demands—jobs and electricity—and contrast them with what aid professionals were determined to deliver: education and irrigation.

Mills, a prolific South African writer on state failure, and Kilcullen, a former Australian soldier and former US national security cabal adviser, amassed evidence and anecdotes to tell the story of the Afghan adventure that many of us have experienced.

The authors were there throughout, from the early days of traveling in slow-moving trucks on treacherous roads trying to understand local road tax systems to the final days when Mills was at the presidential palace before President Ashraf Ghani abandons him for ignominious exile. Mills reports that, in one of his last conversations with Ghani, the president was more interested in academic solutions to management challenges than the horde advancing on the capital.

During my four years of service in Afghanistan, I witnessed our mistakes and celebrated our successes, but I never believed in the inevitability of failure. Sitting with Musa Qala elders in December 2007, I heard about their business (mainly narcotics) and properties (mainly in the Gulf). They were politically nothing. They too were globalized, open to options, but were then — and could have remained — co-opted.

But our goals were not based on their parameters. Our electoral cycles and our national interests have imposed themselves on Afghan life. We would eliminate drugs in three years. It was impossible, but a new British Prime Minister had demanded it. We would begin withdrawing our troops soon after the 2008 surge. It was militarily illogical, but a new American president had ordered it.

We set agendas and timelines that met our immediate goals but undermined the one vital element to winning any war, especially an insurgency: endurance. We lost patience and forced the Afghans to think of a future without us, undermining those who had bet on our survival. Amazingly, we were surprised when they made deals that didn’t include us. 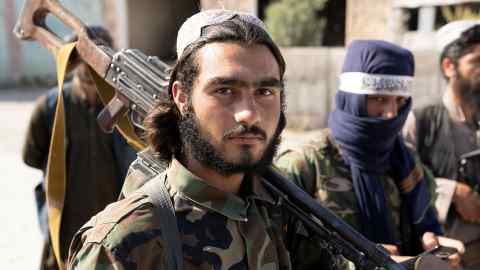 The big book offers many lessons learned from comparisons with other wars in other countries. It puts the context and data behind measuring success turned failure, but its focus is simple: leadership matters. When we had it, we were able to take risks and maintain our commitment. When it failed, we pretended that Afghanistan was a new Vietnam and, pretending, we did so.

The painful legacy of our decisions is visible in Afghanistan today and in the memories of veterans. It is also seen around the world, as rivals and adversaries test our now-questioned resolve. Do we now have the leaders to stay the course and show the patient confidence to endure? This story remains to be written.

Tom Tugendhat is the Chairman of the Foreign Affairs Select Committee of the UK House of Commons.