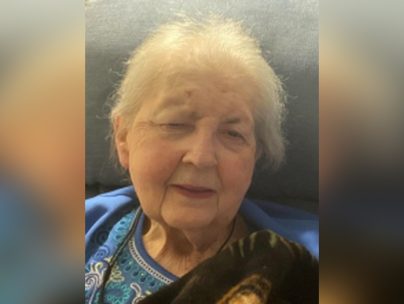 By Travis G. SchultzMarch 2, 2022No Comments

Sandra Allene Hamm (Noell), 82, died in Plymouth, MI on February 25, 2022 after a long battle with diabetes and heart issues.

Sandra (Sandy) was born on July 10, 1939 in Ponca City, OK. She was the fourth daughter of William and Blanche Noell. She attended Jefferson Elementary School. After the family moved to Kansas City, MO, she graduated from Paseo High School in 1957. She later graduated from Oklahoma State University with a degree in elementary education. She has taught in Kansas City, MO and Downey, CA, Wichita, KS, and Blue Springs, MO.

She married Ernest Hamm on December 26, 1964 at Broadway Baptist Church in Kansas City, MO. His career as a service engineer for Honeywell took them to Massachusetts, California, Arizona (where their three children were born), Kansas, and then to Blue Springs, Missouri, where they raised their children. She was a loving wife and mother. Later, her favorite teaching assignment was with the Little Angels Learning Center within First Baptist Church of Blue Springs where she and Ernie were active in their Sunday School class. She was then employed in Defense Financial and Accounting Services and retired in 2010. Following the death of her husband in 2017, she moved to Sunrise Senior Living in Plymouth, MI to be near her son, Ben.

Sandy was an excellent cook, loved to sing, collected the art of DeGrazia and Marjolein Bastin, musicals, old movies, trivia, board games and cards. She also loved spending time with her grandchildren. Sandy is survived by her children Becky, Amy and Ben and her grandchildren Allene, Christopher, Laura, Ethan and Harlan as well as her sister Lauri and her brother-in-law and wife Jack and Nancy.