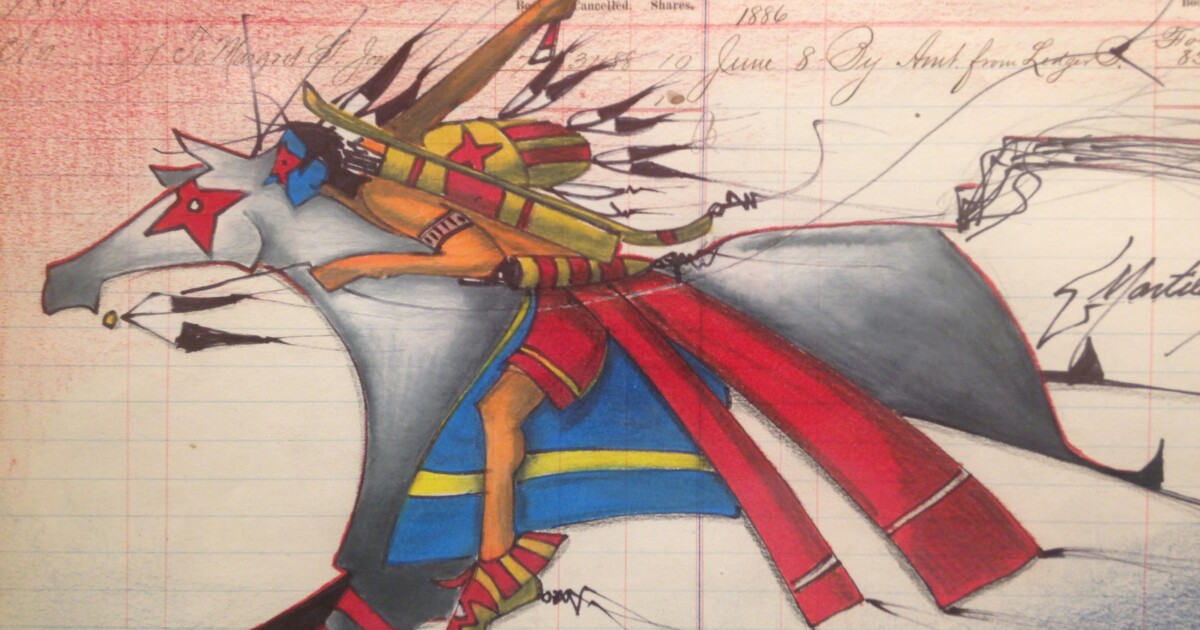 A Native American art exhibit in Sioux Falls features an almost forgotten art form. Native Americans once used buffalo hides to record history through paintings. When the buffalo herds were hunted in small numbers, the tribes had to find a different way of telling stories.

Native American ledger art is on display at the Center for Western Studies on the Augustana campus. Native American artist Donald Montileaux says tribes began reusing the inside pages of old ledger books in the late 1800s.

â€œOnce the buffalo disappeared, since all of our culture was based on imagery and storytelling, we needed something that would substitute for buffalo skin. So we swapped used ledger books from traders and soldiers and since the writing didn’t make sense to us, we put pictures right above them. And in this way, we have preserved our culture and our ceremonies, â€said Montileaux.

Today, Montileaux still uses ledger books dating from the 1870s for his works.

His colorful paintings most often capture scenes of warriors and horses. Montileaux says painter Herman Red Elk had a great influence on his work.

“He was telling me a story about warriors as they sat on top of a hill preparing to attack and he said each had a small pocket under the horse’s chin which is filled with herbs and spices. “, says Montileaux. “And just as they were coming down the hill, they were pulling that pocket into their horse’s mouth and that would give that horse a speed boost and they would just fly down that hill.” And as soon as he said “fly down that hill,” my horses never cut or galloped again. My horses fly.

Montileaux says the art form has been forgotten by many Native Americans because the 1870s were a dark time in Native American history. But 20 years ago Montileaux revitalized the art of ledger and today there are over 200 ledger artists across the country.

The exhibition is free and open to the public until Saturday.