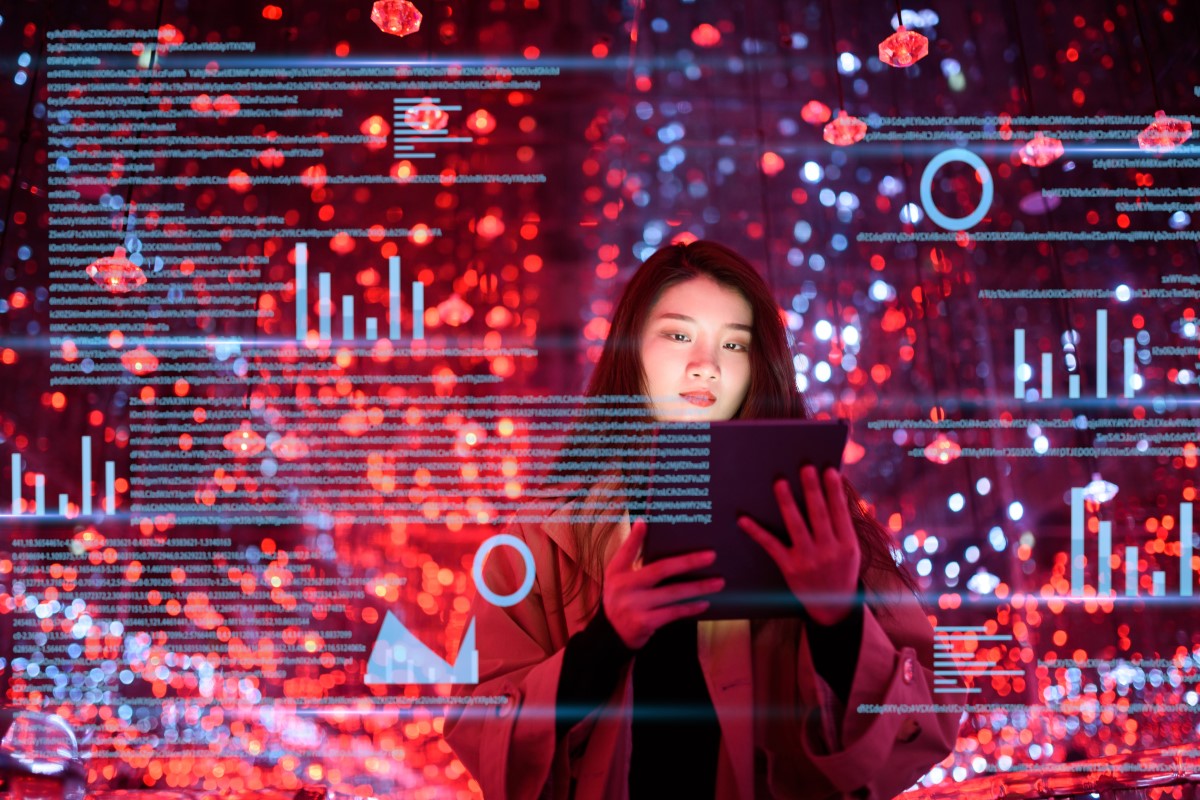 By the SMU School of Accountancy Social Media Team

Data analytics is a buzzword in the business environment these days, and big data management is considered a critical skill, especially for accountants. Not surprisingly, having knowledge of accounting and data analysis makes them a valuable recruit. As the accounting profession undergoes a digital transformation, such skilled talent is in short supply.

Today we speak with Mindy Boo and Colin Tay, both SMU Bachelor of Accounting (BAcc) graduates, to find out how their job searches and careers have been affected by SMU’s second major in Accounting Data and analytics (ADA).

Mindy Boo, class of 2021 in the baccalaureate

A Business Development and Transaction Services Analyst at Accenture, Mindy’s job involves working closely with multiple stakeholders to understand client requirements to arrive at a competitive contract price through modeling and financial analysis while ensuring internal benefits. She also acts as a business advisor, interpreting data for her stakeholders to assess how finances can be further optimized while mitigating potential risks. 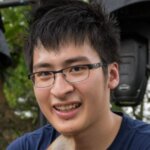 As a Retail Credit Business Development Associate, Colin’s primary responsibility at SeaMoney is to acquire and retain customers from both internal and external channels. To make informed decisions and provide greater customer satisfaction, he uses data analysis on processes such as improving user experience and product effectiveness and strategies to optimize product profitability while achieving company-wide goals. He also works with internal teams across various functions and regions to implement market research to better understand trends.

What motivated you to take up the second major in accounting and data analytics (ADA) at SMU?

Mindy: Previously, I had completed internships in several companies and discovered my interest in roles related to analytics. The ADA Second Major offers a series of interconnected modules and gave a comprehensive view of the practical and technical aspects of analysis. As such, the major appealed to me because it brought me closer to my career goals by instilling in me the relevant skills. For example, through this major, you can choose to take modules that teach you how to use software such as R, Python, SQL, and Excel, which are common software skills sought by recruiters. ADA’s course structure also provided opportunities to experience multiple analytics projects, which made us more attractive to companies wishing to hire candidates with experience in this area.

Hill: I took the second major in ADA in my second year at SMU. At that time, terms such as Big Data, Python, SQL, and Data Analytics were gaining popularity, which piqued my interest in the subject. I was also blessed to have parents and siblings who supported me and encouraged me to take the opportunity to pursue my interests.

Also, the information sessions organized by SMU made me realize the potential of data analysis and how it was a beneficial skill set to have in the future. With everything pointing in one direction, taking on the second major in ADA came naturally to me.

You had no previous experience in data analysis or programming before undertaking the second major. What was the experience for someone new to this field?

Mindy: This may not be the easiest major as it requires you to simultaneously learn the technical (i.e. statistics) and practical (i.e. coding) aspects of Analytics in a short time. However, it was manageable as we received sufficient support, such as access to DataCamp resources and various software licenses to practice our software skills. It helped that the professors also welcomed our questions about complicated concepts or codes. Overall, analysis is a heavy topic to cover in the second major. Therefore, time, effort, and personal initiative are required if you intend to explore deeper and maximize your learning experience.

Hill: Taking this second major in ADA was the best decision I made at SMU. Although it seemed daunting at first, SMU has a well-planned curriculum and plenty of faculty who are willing to listen and help their students along the way.

Considering I had no prior programming experience, I took it upon myself over summer vacation to attend a coding class with my friends. It helped in courses such as Introduction to Programming. Knowing the basics of coding is a transferable skill set. For example, I used both Python and R in different modules. Knowing Python definitely helped me in my understanding of using R during the Statistical Programming module.

Even for those who do not intend to take additional courses outside, SMU has put in place an infrastructure conducive to learning. For example, I relied solely on SMU’s resources to learn SQL and gained a solid foundation in this programming language.

Did your second ADA major impact your job search? If so, what type of impact?

Mindy: Many job postings today emphasize the need for candidates who have experience and knowledge of analytics. Therefore, the second major played a key role in my job search, as having the experience increased my chances of being shortlisted for interviews. Also, during job interviews, recruiters have often asked me about my previous experience with analytics. Some jobs required applicants to take tests to assess a candidate’s coding skills.

During these interviews, I was able to share project experiences that I had and demonstrate the knowledge that I had acquired thanks to ADA, which positioned me well in the eyes of recruiters.

Hake: When I started applying for jobs in my last semester, I noticed that many companies were looking for people with a background in analytics. Many companies also require candidates to be familiar with coding languages ​​such as Python. Having exposure to Python, R, SAS, and SQL, along with the right accounting knowledge and technical expertise, definitely gave me an edge over other candidates.

During my interviews with potential employers, many interviewers were curious to know more about my second major. In fact, during my interviews with SeaMoney and another multinational credit rating company, interviewers asked many detailed questions regarding my second major. For example, one of my investigators at SeaMoney showed great interest in the credit scoring project I had done during my Statistical Programming module. This project involved using machine learning to help predict potential credit defaults. In the end, I found myself talking to him throughout the project because the interviewer had a keen interest in this topic.

Another topic that came up often was the Accounting Analytics Capstone project. The Capstone Project was something many investigators wanted to learn about because we were working with real customers and using data analytics to solve a real business problem. By the way, I’m still proud of what my team and I have achieved for our client, whose business has been hit hard by the pandemic. 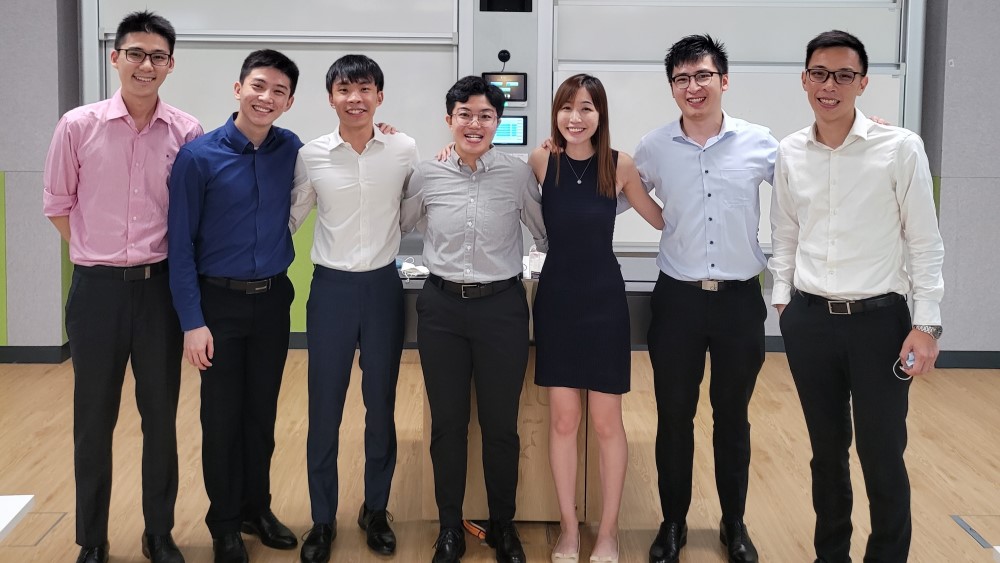 It has been nearly a year since you started in your current role. How did you benefit from your knowledge acquired in the second major in ADA?

Mindy: In my current role, I am expected to generate financial models in Excel in a short period of time, therefore my financial models must be flexible and efficient. The ADA Second Major laid a solid foundation in my financial modeling skills, which helped launch my first career as a financial modeller. Exposure to various coding platforms, such as R, Python, and SQL as part of the major, also opened up the possibility for me to write new Excel formulas relevant to my work, even if I didn’t. had perhaps not learned before. Additionally, the second major also boosted my logical thinking skills so that I can code more efficiently and quickly. Given the steep learning curve in my organization, the second major proved invaluable in helping me quickly adapt to my role.

Hill: My role requires me to analyze and interpret data to make data-driven decisions. At first glance, data may appear to be just numbers, but they can tell a story with deeper analysis.

As a Business Development Associate, I am responsible for analyzing data, presenting my findings, and making decisions that benefit the business. Therefore, I find that the knowledge I acquired in the second major is very applicable to the business world. Also, being exposed to different programming languages ​​such as R, Python, and SQL during the program definitely helped me adapt to the steep learning curve at work. All the knowledge and skills I acquired during my four years at SMU have become very applicable in my current role.

In the end, the biggest benefit I got from SMU was being able to adopt an analytical mind and look at things from different angles.

Find out how far the SMU Second Major in Accounting Data and Analytics can take you. Accept your offer now!