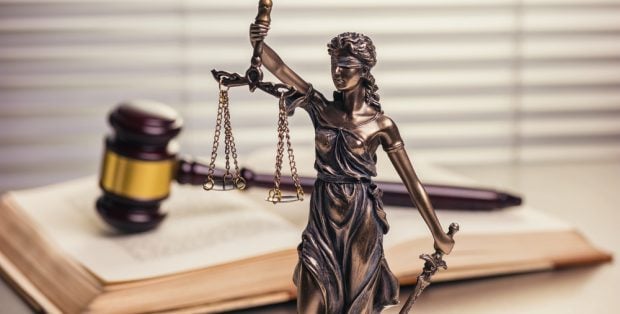 After a plea change hearing held in U.S. District Court in San Francisco last week, Stephanie Simontacchi, a former California credit union accountant and former assistant comptroller at a local hotel, will be sentenced in June.

Although a plea deal between federal prosecutors and Simontacchi is on the federal docket, its online accessibility has been blocked from public and media access.

According to the indictment, Simontacchi of Petaluma, Calif., embezzled more than $437,000 from the $7.4 billion Redwood Credit Union from April 2016 to April 2019.

RCU said it discovered the fraud in 2019 and quickly reported it to the police. No losses were suffered by RCU members due to the fraudulent activity and the credit union said it has further strengthened its systems and processes to prevent future incidents of this nature.

Prior to joining the Santa Rosa-based credit union, Simontacchi worked as an accountant and assistant controller at Cavallo Point Lodge, a hotel near Sausalito, Calif., from December 2009 to April 2016, when she also embezzled $384,363. , according to federal prosecutors.

At RCU, Simontacchi’s responsibilities included processing voided official checks (also known as cashier’s checks) and communicating with the credit union’s official check provider regarding issues related to funding and voiding those checks. She also had access to checks made out to and made payable to RCU that were sent to the accounting department for processing, including reimbursement checks from the official check supplier and reimbursement checks from the United States Department of the Treasury and the State of California.

The indictment alleged that Simontacchi misappropriated some of those checks, as well as official checks that had been returned to the RCU by members and were believed to have been voided. Instead, the former credit union employee deposited those checks into her personal bank accounts. Court documents showed Simontacchi held 12 different accounts at major banks and an account at RCU, which included a checking account and HELOC.

At Cavallo Point Lodge, Simontacchi had access to his employer’s accounting records and accounting systems, and had signing authority over bank accounts, which allowed him to create and sign checks from hotel bank accounts. to pay the company’s bills.

The indictment showed that Simontacchi misappropriated funds from his employer by stealing accounts receivable checks that had been sent to Cavallo Point Lodge by third parties and depositing those checks in his personal bank accounts. She also allegedly misappropriated accounts payable checks drawn from Cavallo Point Lodge’s bank accounts and payable to third-party vendors. Instead of sending those checks to third parties, Simontacchi deposited them into its own bank accounts, according to federal prosecutors.

She used the embezzled funds for personal expenses, including payments to her HELOC, according to court documents.

Simontacchi is currently free on bail. His lawyer did not respond CU time‘ request for comment.