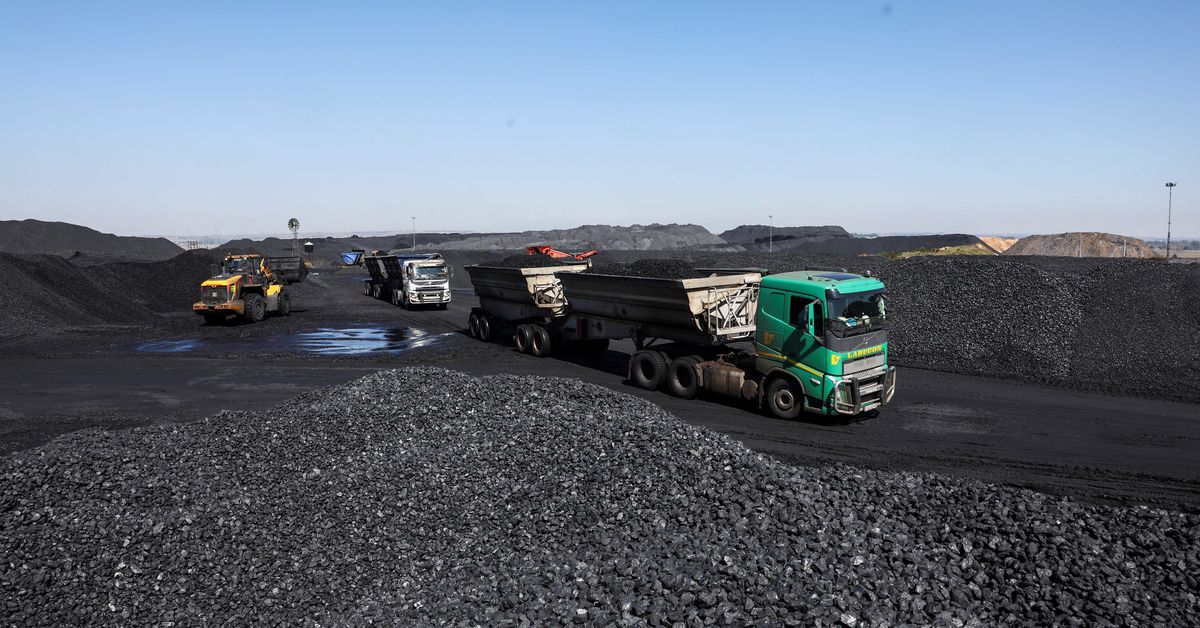 JOHANNESBURG, June 15 (Reuters) – European countries, scrambling to find alternatives to Russian coal, imported 40% more coal from South Africa’s main export hub in the first five months of this year than in all of 2021, according to figures obtained by Reuters. Wednesday.

From the second week of August, imports of Russian coal will be banned in the European Union, as part of wide-ranging sanctions against Moscow.

RBCT did not immediately respond to a request for comment. RBCT generally provides annual figures and does not give a full breakdown of export destinations.

The Netherlands, Italy, France, Spain, Denmark, Poland, Germany and Ukraine have received coal from RBCT so far this year. Some of them started importing from RBCT only after Russia invaded Ukraine on February 24.

The Netherlands received no coal from RBCT in January or February, but imported 1.27 million tonnes of coal from the terminal in March, April and May, with volumes increasing each month. It was the fourth largest recipient of RBCT coal, accounting for 5.76% of total volumes.

French coal imports from RBCT have increased almost sevenfold, from just 68,005 tonnes for the whole of last year to 464,432 tonnes so far this year.

Japan, which has also said it will ban imports of Russian coal, has received 388,249 tons of coal from RBCT since January, nearly double the tonnage purchased last year. Read more

The surge in exports to Europe came despite a backdrop of poor performance at RBCT, underscoring the missed opportunity for South Africa as fossil fuel prices soared.

Poor maintenance, a lack of locomotives and the theft of copper cables have eroded South Africa’s state-owned freight rail services that transport coal to RBCT and other ports. Some miners instead use trucks to transport their coal to the port. Read more