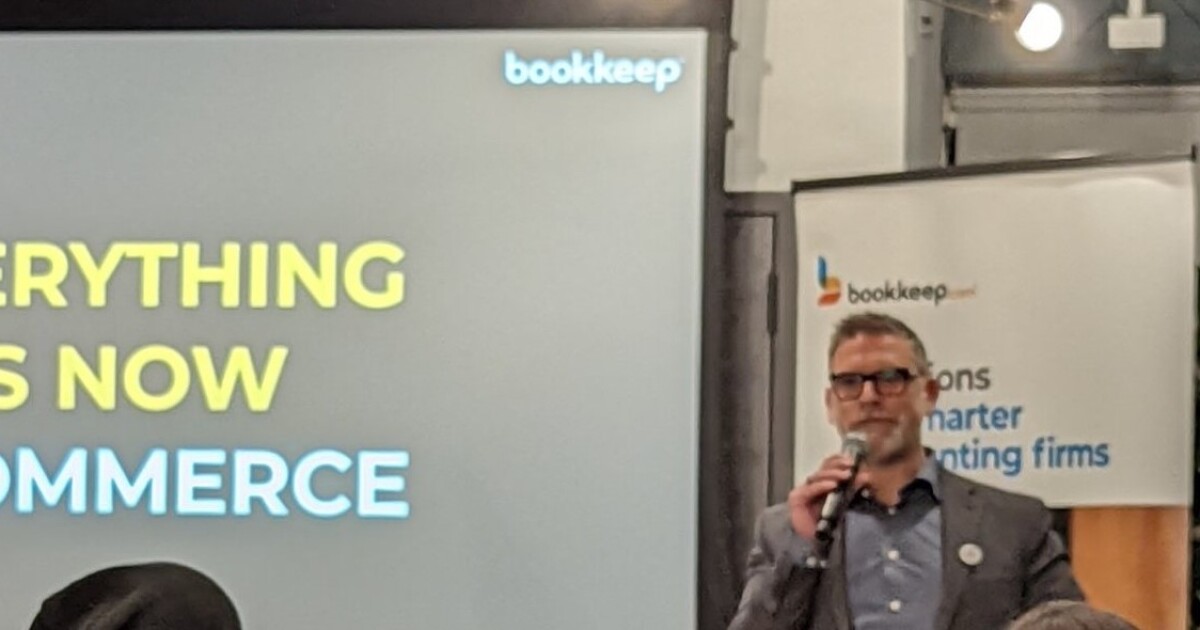 Bookkeep CEO Jason Richelson wants to address issues he’s having with companies that work with gig economy delivery services and struggle to keep up with the payments they’re supposed to receive.

Consumers have increasingly relied on gig economy delivery service apps to buy goods and order food during the pandemic, especially with so many people working from home and having little time or want to cook lunch or visit a restaurant. But restaurants and stores aren’t always able to get good visibility into how much money they’re making or losing from apps, which typically take a cut of revenue from every order.

“With all these apps that everyone uses for online sales, accountants have to get passwords and log in so they know what’s going on with these deposits they’re getting,” Richelson said. “Before, a restaurant had a point of sale and a gross receipts deposit in their checking account for their credit cards, and it was pretty easy for the accountant to figure out, OK, that’s my gross receipts versus my point of The charges will come out on the 3rd of next month, so I can figure out what’s going on and I can log into the point of sale, which is normally a pretty good accounting platform. Now here we go. You have Grubhub, Uber Eats and five to ten outlets if you’re a restaurant, and in e-commerce you often use two or three platforms and maybe as many as 10 payment methods Bookkeepers and accountants don’t know where are all these deposits, what are the fees, what are the fees vs. sales tax vs. anything, they can plug into all these platforms to do it, but it basically slows them down And in the end, half é of them don’t even care and just reserve it as income because the owner never gives them the login. So we built a platform to automate that. We now have 20 applications on our platform and we do proper accrual accounting.

Richelson began his career as a system analyst at PricewaterhouseCoopers before launching several companies, including InternetCash.com, The Greene Grape Grocery, Simply Wine and ShopKeep, a cloud-based point-of-sale system. He sold ShopKeep for $440 million in 2020 to Lightspeed, a Montreal-based cloud commerce technology provider. On the other side, he also operated a wine store, where he keeps the books.

“Over the past three years, I’ve started a bookkeeping business,” Richelson said. “It was not an accounting firm. All we do is your books because I’ve always made my books, all by myself, and one of the last things I did after I left ShopKeep was to start making my store’s books again. of wine and automate it completely.

This led to the creation of his latest company, Bookkeep. He now hopes to use the technology he developed to help companies more easily transfer transaction data between accounting and payment systems. He thinks many accountants underestimate the challenges of moving this data around, but accountants can see the need for it. One of his own investors was skeptical when he heard from his accountant that it wasn’t a problem.

Bookkeep integrates with QuickBooks, Xero, NetSuite, and Sage Intaact, as well as payment systems like PayPal and Square. Richelson would like to see different technology vendors cooperate more to establish common data transfer standards so companies don’t have to rely on ever-changing application programming interfaces and custom connectors to integrate. each other.

“I want to create a non-profit, basically an alliance of accounting API standards to get people on both sides – the people who create the data, i.e. the sales systems, the Ubers Eats, the Grubhubs, the Shopifys – then get the big CPA companies to come up with a standard for how we can transfer data securely and simply so that we can automate some of those workflows so that we can get that data correctly into our books from your systems,” Richelson said. “It’s a really big deal, and we’re going to try to get both sides to talk.”

He has also worked with cannabis companies to help them solve some of the problems they face with the accounting of their businesses, which are largely forced to rely on cash, as most major banks will still not work. with them to avoid making mistakes. of federal law.

“They end up using a lot of that money to pay their suppliers,” Richelson said. “Unlike retail, where we take an invoice, enter and receive the inventory at the point of sale, and then the accountant pays the invoice, when the inventory arrives at the point of sale, they actually take the money out of the drawer and pay the seller in order to take the money out of the business. They actually recycle the money by paying the sellers right away, but the sales tax is a huge amount of money for them. They have to give estimates and They have a lot of problems, but I think their biggest problem is that everyone thinks they make so much money that all of their suppliers are charging them way too much money.

He wants to use Bookkeep’s connectors for the various systems to streamline payments and record keeping. “I feel like no one understands these workflows the way we do in terms of sales to payments in e-commerce, cannabis, retail, and restaurants,” Richelson said. “We’re building this automation platform to truly be a service provider for accountants and accounting firms and helping them quickly learn and then automate all of these processes.”